Whenever I have talked to government officials in 2009 (in Cancun, Erfurt, Vienna, Salzburg, or Washington DC), at some point in the conversation they mention that “we need to develop new modes of interacting with citizens.” Implicit in this argument is a frustration with the fairly artificial tool set they have at their disposal.

Government as a Contract Society institution wants to insure the legality of its operations at all times, therefore, it is very careful in its communication: “if you really need an answer, please do not send an email, letters are better integrated into our (electronic) work-flow.” But network society logic (outcome orientation, eternal beta, radical transparency) have a way of sneaking up onto us.

In 2009, there is a clear realization that “things will be messy, but this is necessary (and not as dangerous as we think).” And everybody (and their grandmother) is scrambling to set up platforms to “ideate,” “deliberate,” and “collaborate.” On Wednesday, for example, we will discuss the participatory budgeting platform for the city of Erfurt.

The Obama adminstration has just gone through the first two months of the Open Government Initiative and there are interesting first lessons. And because online interaction is still so new, we are developing our sensitivity for deliberation 2.0. Here are some takeaways from Beth Noveck, in a recent NYTimes article: 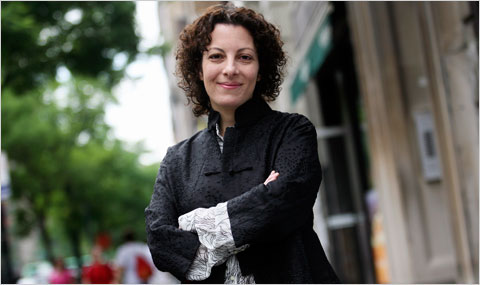 As we are preparing for the Erfurt Sessions, what are your takeaways from deliberation projects you have been involved in? What projects worked? Which did not? Why?

Philipp Müller works in the IT industry and is academic dean of the SMBS. Author of "Machiavelli.net". Proud father of three amazing children. The views expressed in this blog are his own.